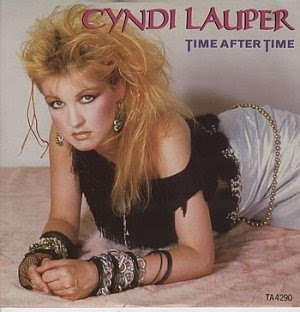 No less an authority than Miles Davies realised what a genius arrangement this is, instantly covering it. It circles in on itself, rising and falling time after time, never breaking away from the pattern, like the Escher staircase.

The lyrics are clearly thrown together in the studio, creating a part found, unrequited, lost and 'missing someone' love song, further complicated by a video about a woman running away from a boyfriend.

It doesn't matter when it’s all so evocative, following the motif of time passing throughout; night falls, drums beat, steps are walked, pictures fade and darkness turns to grey, but all slightly askew, like the unwinding clock. The mood, the song, the yearning all follow that composed arrangement; Time, depth, needing.
Posted by Billy Smart at 07:22